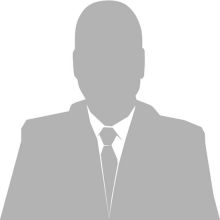 Kira District Council Development Plan for 2015/2016-2019/2020 which provides a framework for guiding development directions over the next five years was formulated in line with the Second National Development (NDP II) objectives geared mainly towards enhancing local economic growth. Despite all obstacles confronting us, we have managed to accelerate service delivery to a certain degree and continue to make strides in an effort to comply with all applicable laws.

Taking a transitory look at the achievements, the Council has exceptionally recorded overwhelming growth in areas of Education, Health, Finance and Infrastructural development. It is evident now that more roads have been upgraded to Bitumen standard and others to gravel. More roads have also been opened to make almost every part of the District Council accessible. Vehicles and plants have also increased in number. The Council received a motor grader changlin, a tipper, and a pickup double cabin and has managed to procure a Motor Grader and a Wheel loader and we are expecting another plant from the central Government. In 2010 the Council had 20kms of roads upgraded to bitumen standard and in 2015 31.5kms of roads were upgraded to bitumen standard.

The Council managed to execute a number of projects that include construction and renovation of classroom blocks, construction of pit latrines, supply of water tanks and school desks to UPE schools. This implies that more students were provided with seats in classrooms.

Health is another central concern for the District Council, which has established clear goals for improving the health of the population in the Council. Our main concern is to improve on health centre infrastructure. Staff houses were constructed for all health centres, a maternity ward for Bweyogerere HC III and water tanks installed. To improve on the health centre security, all the five health centres were fenced and all structures renovated. While construction of an eight unit staff house at Kira HC III is ongoing.

Although there is manifestation of progress in the District Council there are still glaring challenges towards improving the living standards and quality of life of the people, all efforts of development are still challenged by solid waste management, increasing drop outs from school, inadequate staff, inadequate infrastructure, inadequate teachers’ accommodation, inadequate office equipment, unplanned and ungazzeted trading centres.

I would like to thank the central Government for the continued support and also thank all the political leadership, technical staff and community members who always devote their valuable time in the process of development of the District Council.